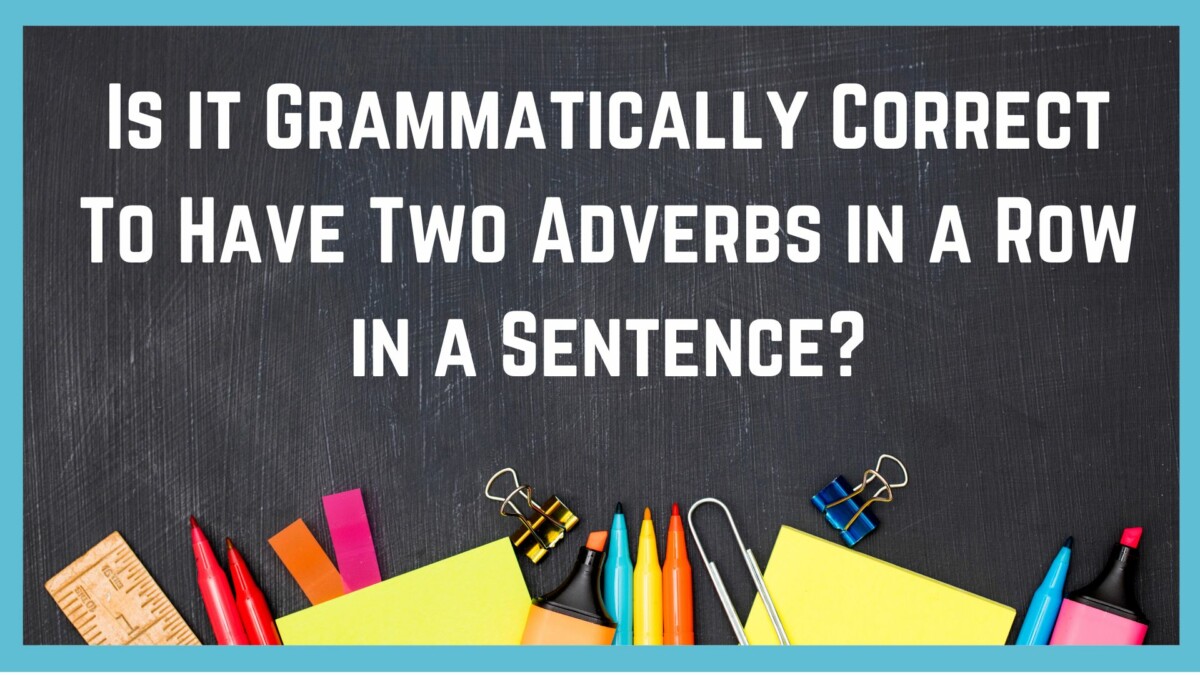 Many people believe that it is incorrect to have two adverbs in a row, but this is not always the case. While it is true that two adverbs can sometimes create a clunky sentence, there are times when two adverbs are needed to convey the desired meaning. When used correctly, two adverbs in a row can add emphasis and help to create a more interesting sentence.

An adverb is a word that describes a verb (an action or a doing word). Adverbs often tell us how, when, where, or why someone does something. For example:

Adverbs can be formed in different ways:

Most adverbs are created by adding -ly to an adjective, as seen in the examples above.

You can also create an adverb by using words like very, quite, enough, too, and really.

She slept quite soundly.

They arrived too late.

Two Adverbs in a Row: Examples and Explanations

When it comes to verbs, there are a few important things to keep in mind. For one, they’re essential to creating effective sentences. And two, using two adverbs in a row is perfectly fine – as long as you do it correctly.

Adverbs are words that modify verbs, adjectives, or other adverbs. They usually come after the verb they’re modifying and can provide additional information about how an action is being carried out. For example, in the sentence “He slowly walked across the room,” the adverb “slowly” modifies the verb “walked” to show us how he did it.

When you use two adverbs in a row, be careful not to create a sentence that sounds awkward or unnatural.

When is it Appropriate to use Two Adverbs in a row?

Using two adverbs in a row is appropriate when you want to emphasize the degree of the action. For example, if you wanted to say that someone ran quickly, using the adverbs “very” and “fast” would be appropriate. This would be seen as more emphatic than just using the word “quickly.”

Sometimes you may wish to include two adverbs in a sentence, albeit not in a row.

If you want to emphasize a particular action or adjective, using two adverbs can be effective. For example, “She slowly but surely advanced on her prey.” In this sentence, the two adverbs help to create a sense of tension and foreboding.

Another time when using two adverbs may be appropriate is when you are trying to create a specific mood or tone. For example, “He sadly yet resignedly walked away from his old life.” In this sentence, the double adverb emphasizes the character’s feelings of sadness and resignation.

However, there are some instances where using two adverbs in a row might not make sense. If you’re describing an action that doesn’t have a lot of room for interpretation – such as “He died instantly,” – then adding another adverb might not be necessary. In general, if you’re unsure whether or not to use two adverbs, err on the side of caution and just use one.

In conclusion, it is grammatically correct to have two adverbs in a row in a sentence. However, it is important to use them sparingly and to make sure that they are both necessary and add something to the sentence. Overusing adverbs can make your writing sound cluttered and can ultimately turn readers off.

Why Does My Cat Lick Me When I Pet Her? A lot of people wonder why their cats lick them when they pet them. It’s actually a sign of affection from your cat. When you pet your cat, it releases endorphins, which make them feel good. Licking is a way for your cat to show…

Continue Reading Why Does My Cat Lick Me When I Pet Her? 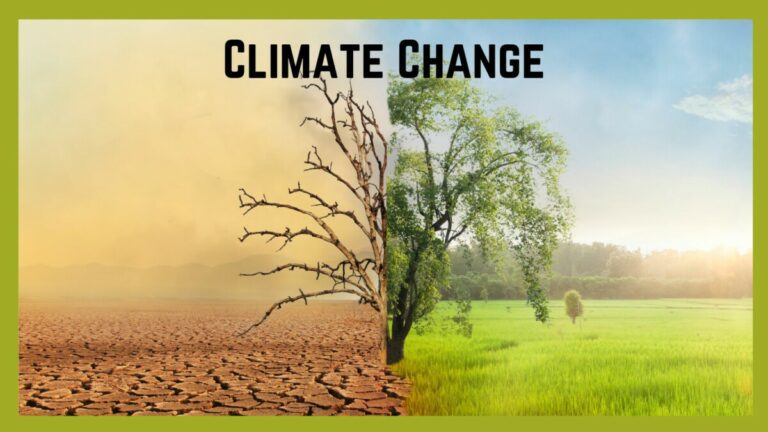 Climate Change: Causes and Effects In the last 100 years, the world has seen a rapid rise in both temperature and CO2 levels. And it is only expected to rise. Climate change is happening, and it’s not just causing problems for future generations. It’s already causing a lot of problems for people living today. The…

This page contains a collection of autumn poems for KS2 students. These poems are perfect for teaching about the changing seasons and the beauty of nature. 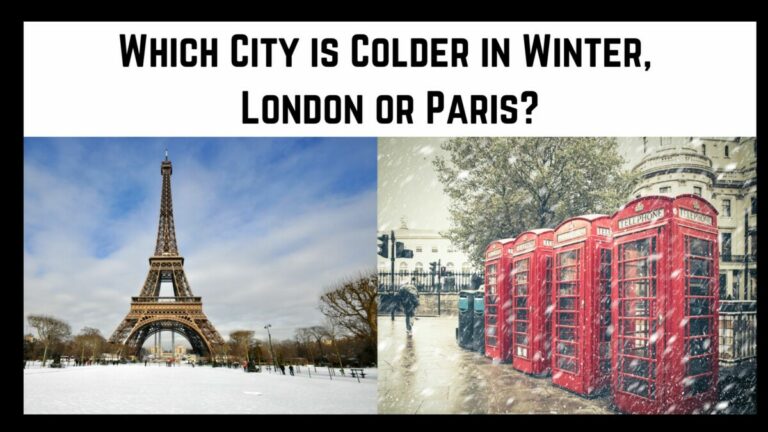 The debate over which city is colder in winter, London or Paris, has been around for centuries. The English and the French have argued back and forth about who has the colder weather. Many people have their own opinions on the matter, but there is no clear answer. One thing is for sure, both cities…

Continue Reading Which city is colder in winter, London or Paris?

A webpage that provides Earthquake facts for kids through poems. This is a great resource for kids to learn about Earthquakes in a fun and easy-to-understand way. Earthquakes Every day, all around the world,many people feel the earth shake.They often don’t know why,until they learn about earthquakes. An earthquake is a shaking of the ground,caused… 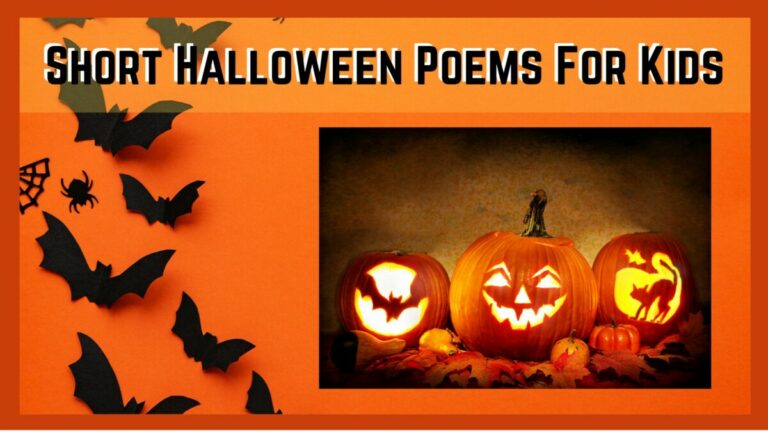 Enjoy these short Halloween poems for kids as you make your preparations. Happy Halloween It’s the night of mischievous fun,The time of ghouls and goblins galore.When witches fly on their brooms,And Jack-o-lanterns light up the streets.You can be anything you want to be,A monster, a princess, or a pirate.There’s candy in abundance to be had,And…