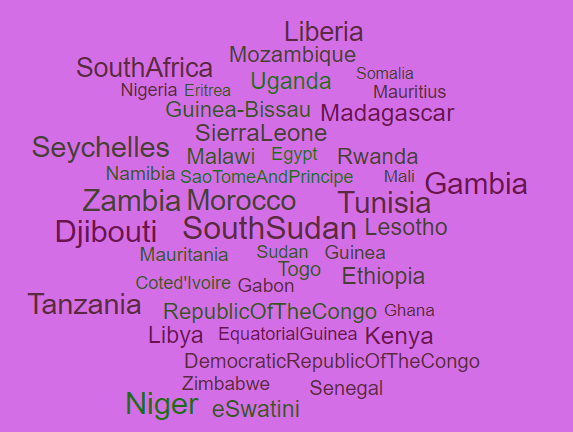 How Many Countries In Africa?

Here is a list in alphabetical order (except I put the 2 Congos together)  with some interesting facts about each country. These are not necessarily the most important things about each of these countries but they just grabbed my attention.

The countries and a few facts about them

Algeria – Algeria is the largest country by area in Africa. It produces some of the best dates in the world.

Angola – Nearly 70% of the people in Angola are under 24 years old.  Dreadlocks were first worn in Angola.

Benin – Royal pythons are worshipped in Benin. There is a place called the Temple of Pythons which houses about 50 adult royal pythons.

Botswana – Many people around the world feel they know a bit about Botswana because the book  “The First Ladies Detective Agency” was set in Botswana. There are large areas for animals to roam around in Botswana as about 40% of the land is made up of nature reserves and national parks. 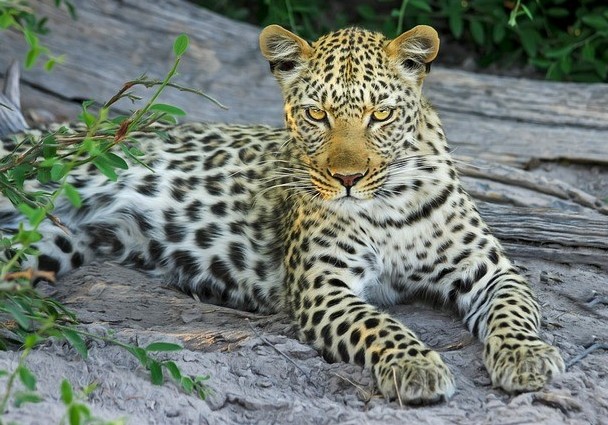 Burkina Faso – Burkina Faso is the largest producer of cotton in Africa. It is known as “white gold”. Its capital city is called Ouagadougou which is pronounced Wagadugu!

Burundi – at Mugere in Burundi is the Livingstone-Stanley Monument. It overlooks Lake Tanganyika and marks the spot where David Livingstone met Henry Morton Stanley and spent a couple of nights there in 1781.  92% of the population of Burundi still live in rural areas and group jogging is banned!

Cabo Verde – Cabo Verde is also known as the Cape Verde islands. The islands are covered with mountains which makes growing food difficult.  There is lots of interesting marine life around including Loggernest Turtles and Humpback Whales.

Cameroon – Cameroon has a lake called Lake Nyos which is considered the most dangerous in the world as it has poisonous gases from a local volcano going into it. People come to Cameroon to see the hippos and also the forest deer which are called bongos. The bongos have white stripes on them which helps to camouflage them.

Chad – If you go to the to the Tibesti Mountains in Chad you can see some of the best camel racing in the world. About a third of the country is covered by the Sahara desert.  The country is named after Lake Chad. Lake Chad has shrunk by about 95% since 1963 but it’s still the 17th largest lake in the world.

Comoros – The Comoros is made up of three tropical islands with amazing beaches.  There is an active volcano called Mount Karthala which has erupted more than 20 times since the 19th century. 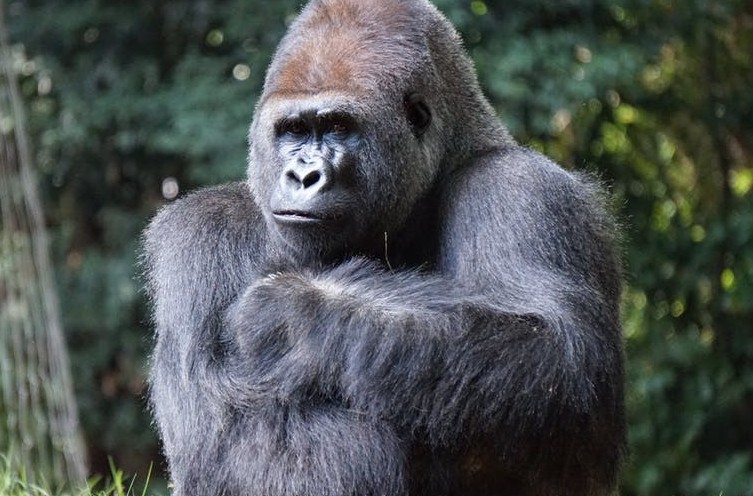 Cote d’Ivoire –  The Cote d’Ivoire has the largest church in the world which was modelled on the Vatican and finished in 1990.  It can hold a congregation of 18000. However, it is rarely that full. The national football team is called Les Éléphants.

Djibouti – Lake Assal in Djibouti is saltier than the Dead Sea. After the sun sets taxi fares increase by about 50%.

Egypt – The Egyptian alphabet has over 700 hieroglyphs! Most of Egypt is made up of desert – The Sahara and Libyan Deserts. 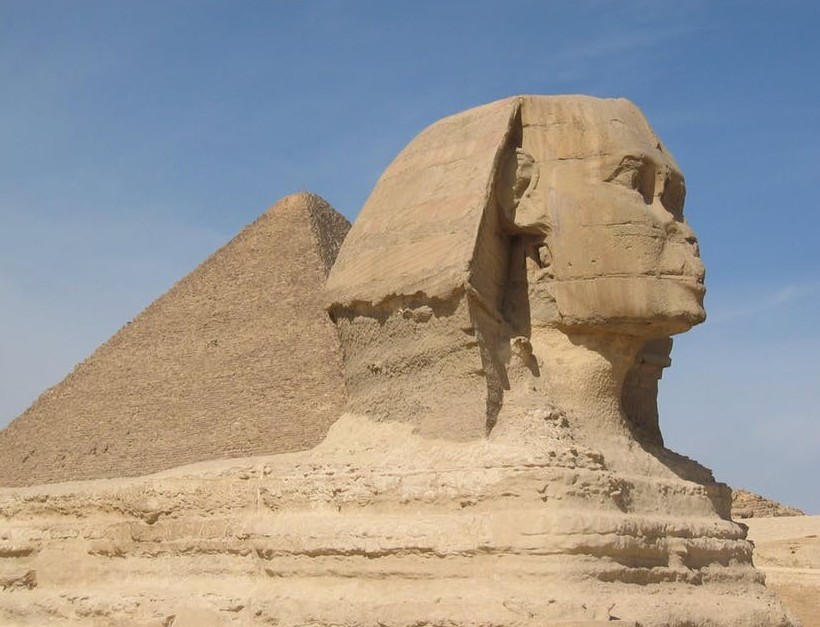 Eritrea – Eritrea means “red”, it is named after the Red Sea. It is likely that early humans migrated out of Africa from Eritrea.

eSwatini (formerly Swaziland) – The Ngwenya Mine is considered to be the world’s oldest mine – red ochre was extracted about 43,000 years ago and then iron later on. There are many rock paintings – some are as old as 25,000 B.C., others maybe just a couple of hundred years old.

Gabon – The first people to live in Gabon were pygmies. The president is called Ali Bongo Ondimba which I think is a great name. 80% of Africa’s gorillas live here.

Gambia – Gambia is the smallest country in Africa. It Is also very narrow. At its widest, it is just 30 miles wide. One of Gambia’s largest exports is peanuts.

Ghana – Ghana used to be known as the Gold Coast. Gold was and is mined there. Ghana has the largest reservoir/artificial lake. It’s over 320 miles long and can be seen from space.

Guinea – There are 22 West African rivers that start in Guinea Including the Niger River, the Gambia River, and the Senegal River.

Guinea-Bissau – People from this region are known as Bissau-Guineans and not Guinea-Bissauans.

Kenya – Kenya has lots of national parks and nature reserves.  Lots of tourists come to Kenya to look at the animals. The highest mountain in Kenya and the second highest in Africa Is called Mount Kenya. 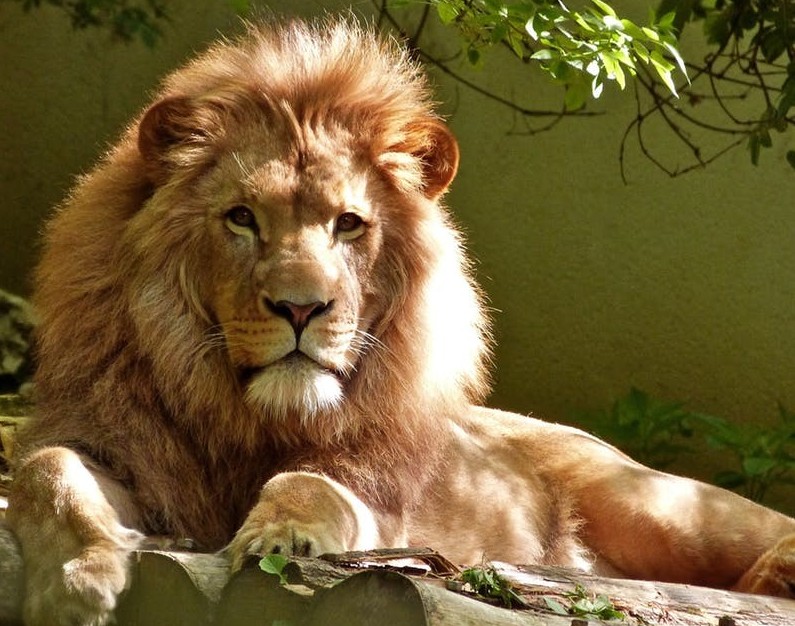 Lesotho – Lesotho has about 300 days of sunshine each year. There is a dinosaur called the Lesothosaurus which means lizard from Lesotho.  Its footprints can be seen in the rocks.

Liberia – The Sapo National Park Is in Liberia and in this park there are some very rare pygmy hippopotami. The Liberian flag is a bit like the American flag it has 11 white and red stripes which are two reminders of the 11 people who signed the Liberian Declaration of Independence.

Libya – Libya is 95% desert and so it needs to import 75% of its food.  It has 1100 miles of coastline which makes it the longest Mediterranean coastline.   There are superb Roman and Greek ruins including at Leptis Magna, which was described as one of the most beautiful Roman cities in the world.

Madagascar – Madagascar is an island country.  In fact, it is the fourth largest island in the world. Lemurs are only found here. There are lots of different species of lemur many of which are rare or endangered.

Malawi – More than a fifth of Malawi is taken up by Lake Malawi.  There are more species of fish there than anywhere else. David Livingstone described it as a “Lake of Stars” because of all the fishing boats with lanterns on it. It has also been called the Calendar Lake as it is 365 miles long and 52 miles wide.

Mauritania – In Mauritania there is an amazing circular feature in the desert called the Richat Structure or the Eye of the Sahara. It has a diameter of 25 miles! Early astronauts used it as a landmark to look for when they were in space. 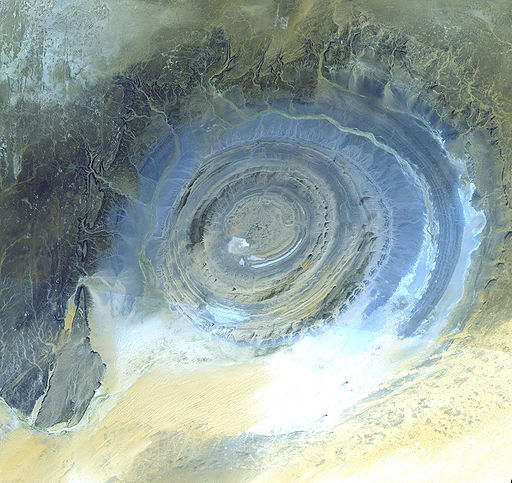 Mauritius – The Dodo an exotic bird which is now extinct used to live on Mauritius. About 90% of cultivated land is used for growing sugarcane.  However, Mauritius is probably best known as a tourist destination.

Morocco –  There is a university called al-Qarawiyin in Fez. It was built by a woman in 849 as a madrasa –  which is an educational institution. it is considered by many people to be the oldest university in the world.

Mozambique – Mozambique is the only country in the world that has a weapon on its flag.  It is also the only country in the world to have a one-word name that contains all the vowels.  If you play Scrabble you might also like to know that it is worth 34 points which is more than any other country.  Not that you would use it as you don’t normally include nouns when playing Scrabble.

Namibia – Namibia has desert elephants!  These are not a particular type of elephant although one time it was thought that they might be a subspecies of the African elephant, but these are elephants that have chosen to live in the desert. Now, from large animals to a large plant.  Namibia has an 800-year-old baobab tree which has been hollowed out and used as a church, a Post Office and a hideout. It is at the Ombalantu Baobab Tree Heritage Centre & Campsite.

Niger – A strange looking dinosaur was discovered here, at least its head was strange. It was named Nigersaurus after the country. It had a head like a hammerhead shark with loads of teeth in it which was good for grazing on ferns.  It had a long neck and was about 30 feet long together.

Nigeria – Nigeria has 170 million people which makes it the country with the largest population in Africa. The longest bridge in Africa is in Nigeria. It connects Lagos Island to the mainland. The Nigerian movie industry is called Nollywood. About 200 movies every week are produced.

Rwanda – Rwanda is known as the land of a thousand hills,  as it is covered by grassy hills. You can visit gorillas in the wild in Rwanda. Kigali is incredibly clean as on the last Saturday of every month there is a community clear up programme.

Sao Tome and Principe – There is a beach called Praia Jalé, where you can stay in huts where there is no electricity. On some mornings giant sea turtles come onto the beach to lay their eggs.

Senegal – The most western part of Africa is in Senegal.  There are over a 1000 stone circles which have been created from about 300 BCE and 1600 CE – these are called the Stone Circles of Senegambia.

Seychelles – Esmerelda the largest tortoise in the world lives here and is about 170 years old.  Seychelles used to be a hideout for pirates.

Sierra Leone – In Sierra Leone there are 20 different words for rice including one for rice that sticks to the bottom of the pan.  The name Sierra Leone comes from the Portuguese for “Lion Mountain Range”.

Somalia – There are more camels in Somalia than in any other country.  Somalia has the longest coastline in Africa. It is 1880 miles long. 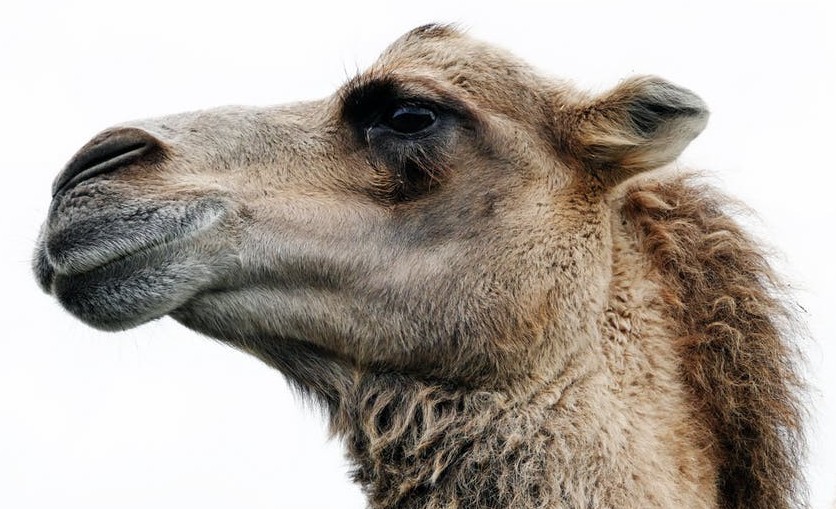 South Africa – South Africa has hosted the football, rugby and cricket world cups and it the only country to have done so.  There are many wild animals in South Africa, but did you know that there are African Penguins living there?

South Sudan – South Sudan is a very new country. The first baby boy born on the day it became independent was called, “Independent”.

Sudan – Sudan became 25% smaller when South Sudan separated from it. There are more pyramids in Sudan than in Egypt.

Tanzania – Kilimanjaro is the highest mountain in Africa and Lake Tanganyika is the deepest lake in Africa. They are both in Tanzania.  Six species of galagos or bushbabies live in Tanzania.

Togo – In Togo, it is considered rude to be seen smelling your food and a compliment to be told you are fat.

Tunisia – Carthage which was a very important city in Roman times and has many amazing ruins which you can visit is in Tunisia.  Lots of scenes from the original Star Wars film like Luke’s home are in Tunisia and are visited by Star Wars fans.

Uganda – Ugandans love trees, they have a rule that if you cut one down, you must plant 3 more. One favourite food is a pan of fried grasshoppers. This is considered a great treat.

Zambia – Zambia’s longest river is the Zambezi, after which it is named.  The Victoria Falls which is classed as the largest waterfall in the world is on the Zambezi river between Zambia and Zimbabwe.

Zimbabwe – In the 10th century this was a rich gold-trading country, where they build big stone houses. It is believed that Zimbabwe means either stone houses or honourable houses.

How many of these countries had you heard of?

Now can you fill in the missing vowels?

(Answers after the films and the craft activity.)

A Song about the Countries of Africa

Here is a song from Arthur – if I had listened to this first I could have saved many hours of research!!

You might notice a couple of differences – put them in the comments below if you spot them.

For instructions and templates to make your own please go to:

Answers from the Missing Vowels quiz

I hope you enjoyed this page.  Please let me know if you have any comments, suggestions or questions below in the comments area.  I look forward to hearing from you!