Where do Polar Bears live?

Polar bears are incredible creatures that live in the Arctic region. They can be found in Canada, Greenland, Russia and Norway. There is a large population of polar bears in Alaska.

How big are Polar Bears

They are the largest living land carnivore. They weigh over 1000 pounds and measure 10 feet from nose to tail.

What do Polar Bears eat?

It spends the majority of its time attacking and eating seals and other marine life. They are also known to eat birds, walrus, fish, and whales. The polar bears’ food largely depends on where they live in the world but when on land they mainly eat land-based animals such as caribou, muskoxen, reindeer, arctic hares and squirrels.

They catch seals by hiding near holes where the seals live and waiting for one to come out. Seals swim faster than polar bears so they wouldn’t catch many bu chasing them!

It’s a bit different when they live in a zoo! Find out what polar bears eat at San Diego Zoo by clicking below: 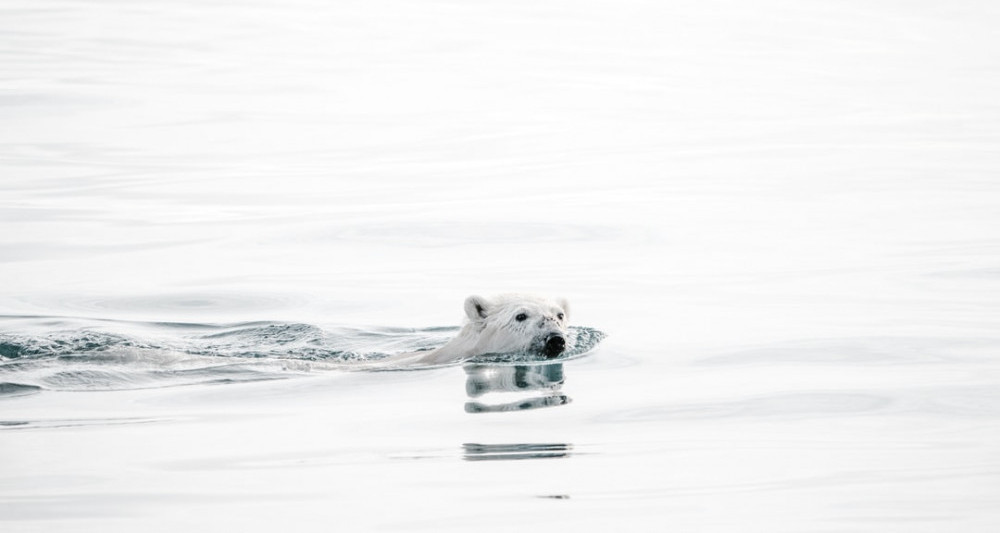 Some polar bears depend on ice to survive, as they use it for resting, hunting, and swimming which is why they are susceptible to climate change.

When there is no more ice, they move onto land to search for food.

Despite their name, polar bears are not always white – their fur can range from white to black or any other colour in between.  The skin under their fur is black!

Their thick fur contains layers of air that insulate them from the cold weather.

How do Polar Bears stay warm?

Because of the cold, polar bears have a thick layer of fat that helps them stay warm. This thick layer is also what makes them one of the heaviest mammals out there. The average weight for a male bear is over 900 pounds and about 600 pounds for females.

Are Polar Bears an endangered species?

There are approximately 25,000 to 40,000 polar bears in the world today. This number is rapidly declining due to the bear’s dependence on ice packs for hunting and their prey species moving further north where the ice is melting at a faster rate. The rapid decrease of these animals has been predicted to lead to the extinction of the species by 2050 if the global temperature continues to rise. The polar bear has been listed as one of the most endangered animal populations on our planet.

As polar ice melts due to climate change, the bears’ habitat is shrinking and they are increasingly being hunted.

Polar bears are turning up in places they’ve never been seen before. There have been sightings in areas such as the Arabian Peninsula, Southern Europe, and even Kansas City! These sightings are a recent phenomenon that has many people worried about the fate of polar bears. Global warming is changing the bear’s habitat and disrupting their food supply.

The polar bear is a symbol of the environment. This poignant animal has been an important part of the Arctic environment for centuries, but recent trends are indicating that they are struggling to survive.

The National Geographic Kids website is one that is always safe to send your children to.

WWF – there are wonderful pictures on this website but you may want to check it if you have younger children as it also shows a carcass of something that the polar bear has caught.

This is a good one to start with. It is on a Canadian website and as we know most polar bears live in Canada so the Canadians know a lot about polar bears. It is multiple choice so you get a chance to guess if you’re not sure of the answer and then you get information about the correct answer.

Here is a super quiz for your children to try

If they don’t get all the answers right the first time, they can just do it again. They’re sure to beat their score.

For PDF to print out with a quiz and lots more detailed information and aimed more at secondary but perhaps some older Primary School children who were fluent readers and particularly interested in polar bears would like these sheets.

(And a quiz for the adults from the Guardian)

I just thought I’d slept this one in as it’s got some interesting bits and pieces in it.

If you like jokes here is a whole page of them about polar bears.

How to draw a Polar Bear

Would your child enjoy drawing their own polar bear? Here is a great video clip created by a father and son, where the father draws the polar bear and the son follows along. Obviously, this boy has a very talented father and he does a lot of drawing, so don’t forget to encourage your child, no matter what the outcome, and remind them that they can always do another one.