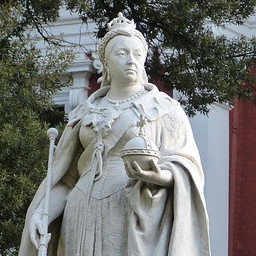 Are your children learning about Queen Victoria and her family? If so here’s a useful introduction.

Queen Victoria was the queen of the United Kingdom of Great Britain and Ireland from 1837 to 1901. She was the first queen to rule under the name Victoria, and her reign was the longest of any female monarch in history. Victoria was born in London on May 24, 1819, the only child of Edward, Duke of Kent and Strathearn, and Victoria, Princess Royal of Prussia. She became queen at the age of 18, following the death of her uncle, King William IV.

During her reign, Victoria was known for her strong personality and her strict sense of morality. She was a devoted wife and mother, and her family life was an important part of her public image. Victoria was also a patron of the arts and supported many charitable causes.

Victoria’s reign was marked by significant social, economic, and political changes, including the expansion of the British Empire, the Industrial Revolution, and the passage of important reforms such as the Reform Act of 1832 and the Slavery Abolition Act of 1833. Victoria was also instrumental in the development of the British monarchy into a more symbolic and ceremonial role.

Victoria was a popular and influential figure during her lifetime, and she remains an important historical figure to this day. She is best known for the Victorian era, a time of great prosperity, innovation, and social change in the United Kingdom.

Queen Victoria’s parents were Edward, Duke of Kent and Strathearn, and Victoria, Princess Royal of Prussia. Victoria was born on May 24, 1819, in London, and she was the only child of the Duke and Duchess of Kent.

Edward, Duke of Kent, was the fourth son of King George III of the United Kingdom and the younger brother of King William IV, Victoria’s uncle. Edward was born on November 2, 1767, and he was known for his intelligence, military service, and philanthropy. He died on January 23, 1820, just a few months after Victoria’s birth.

Victoria, Princess Royal of Prussia, was the eldest daughter of King Frederick William III of Prussia and Louise of Mecklenburg-Strelitz. She was born on September 21, 1786, and she was known for her intelligence, charitable work, and strong sense of duty. Victoria died on August 5, 1861, at the age of 74.

Prince Albert was the husband of Queen Victoria of the United Kingdom, and he played a significant role in shaping the role of the British monarchy during the Victorian era. Albert was born in Saxe-Coburg and Gotha (now Germany) on August 26, 1819, and he was the second son of Ernest I, Duke of Saxe-Coburg and Gotha, and Princess Louise of Saxe-Gotha-Altenburg.

Albert and Victoria met in 1836 and were married on February 10, 1840. Albert was a supportive and influential husband, and he played a key role in Victoria’s reign, advising her on political and social matters and representing her at important events. He was also a patron of the arts and sciences, and he supported many charitable causes.

Albert was known for his intelligence, integrity, and strong work ethic. He was a well-respected figure during his lifetime and was greatly mourned by the British people when he died of typhoid fever at the age of 42 on December 14, 1861. Victoria never recovered from his death and went into a state of mourning that lasted for the remainder of her reign.

Albert’s legacy lives on through his numerous contributions to the arts, sciences, and philanthropy. He is remembered as a devoted husband, a supportive partner to Victoria, and an important figure in the history of the British monarchy.

Queen Victoria had nine children. She had four sons and five daughters:

Victoria and her husband, Prince Albert, were known for their strong commitment to their family, and they took an active role in the upbringing and education of their children. The children were raised with a sense of duty and responsibility, and they were expected to contribute to the welfare of the country in their own ways. Victoria and Albert’s children went on to marry into other royal families and had children of their own, helping to expand the British royal family and its connections with other European monarchies.

After Queen Victoria’s death on January 22, 1901, her son, Prince Albert Edward, Prince of Wales, ascended to the throne as King Edward VII. Edward was the oldest son of Victoria and Prince Albert, and he had been the heir apparent to the throne throughout his mother’s reign. Edward was born on November 9, 1841, and he was known for his charm, wit, and love of luxury.

Edward became king at the age of 59, following the longest reign of any British monarch in history. He served as king for over a decade, from 1901 to 1910, and his reign was marked by significant political, social, and economic changes. Edward was a popular and influential figure, and he played an important role in shaping the course of British history during the early 20th century.

After Edward’s death on May 6, 1910, his son, Prince George, Duke of York, became King George V. George was the second son of Edward VII and was born on June 3, 1865. He served as king from 1910 to 1936, and his reign was marked by the First World War, the Russian Revolution, and the rise of Nazi Germany. George is remembered as a strong and dedicated leader who helped guide the British monarchy through some of the most tumultuous events in modern history.